← more from
Aenaos Records
Get fresh music recommendations delivered to your inbox every Friday.
We've updated our Terms of Use. You can review the changes here. 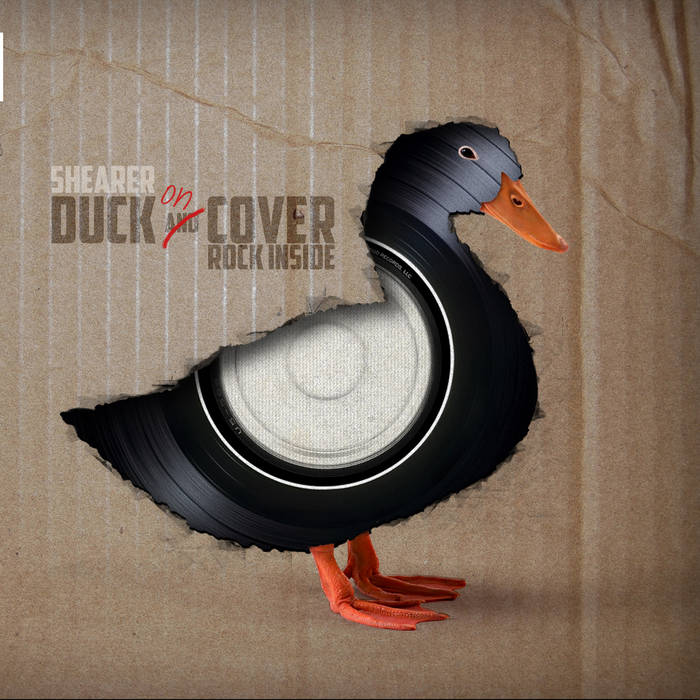 After a three break the time has come: SHEARER publish their fourth studio album DUCK ON COVER. And that's good reason to get excited. It's easy to see how the band has further refined their music without morphing into something new entirely. Brave, uncompromising melodies and intelligent arrangements go hand in hand with surprising musical twists. Familiar strong emotions and a new energetic serenity show that SHEARER have found themselves without treading water.

The themes in DUCK ON COVER are darker than those on previous albums. There are still SHEARER-like questions about life and being, but there are also more oppressive visions and crushing fears. Song titles like "The Future Is Lost", "No Love", "War Machine" or "Without Your Ghost" speak for themselves.

Like the predecessor "Monument", the new album is a guerilla style home production. Only the rooms have changed: SHEARER moved from their singer's closet to their bass player's store-room. The recording vlog at WWW.SHEARER.DE gives visual insight into the process.

In the end the many hours in the store room were more than worth it: DUCK ON COVER is the most honest and most polished but also the rawest SHEARER-album so far. Actually it's quite clear, that it's the best SHEARER-album ever. Again. At least until their next release.

With DUCK ON COVER SHEARER will once again play an important part in the underground free music scene. That's the way SHEARER are - ignored by the mainstream media, but loved by rock enthusiasts who don't settle for what the MAFIAA (TM) put on their plate (look 'em up if you don't know 'em). In that sense you don't get guerilla rock for free - you have to earn it.

NO DRM | NO COPY PROTECTION | NO BULLSHIT

Bandcamp Daily  your guide to the world of Bandcamp